Delivering Remotely to People With Learning Disabilities During a Pandemic: How Liberdade Adapted

On 19th March 2020, for the first time in almost 17 years, Liberdade stopped running their groups. Like the rest of the world, they had come to an abrupt, unforeseen and unimaginable halt.

Liberdade work with people with learning disabilities and autism; running four different groups, four days a week including Liberdade Theatre Company (their core group), Liberdade Youth Physical Theatre, Health and Wellbeing and Yip Yaps. They deliver their services to more than 50 adults with learning disabilities each week and that number rises to 110 if you include the young people who participate in our outreach programmes.

When groups had to stop coming and Gosforth Civic Theatre was forced to close its doors, how did the team go about not only adapting their programme to a post-COVID environment but support their members, many of whom are in vulnerable situations? We caught up with Liberdade’s Deputy CEO and Head of Delivery Kelly Turnbull and Outreach Coordinator Heather Huggins to find out.

How was it in those early days, was there a plan?

Kelly: “When we went into lockdown in March, in all of our heads, perhaps naively, we were going to be locked down until June. Initially we started by calling the guys every week, then twice a week and they would call us, just to keep that contact, to see how people were doing.”

How did Zoom work with delivery? Were there any issues getting people used to it and even access to it?

Kelly: “There were lots of people in those first conversations [between the delivery staff] that we thought ‘there’s absolutely no way that we are ever going to get these people on Zoom’. But we thought we’d give it a go! It took time, it really did, it probably took longer than expected because we had to train ourselves on Zoom to start with, because even though we’d done it with friends and family, it’s a very different thing when you take it to a session with the guys, and safeguarding, and making sure people are dressed and all of those things. People would talk over each other and not be able to hold back and be quiet…"

Heather: “I think that’s why that slow build up was important. We did one to ones, then we did small groups, then we did slightly bigger groups... Yeah, we might have been slightly behind some people, but actually with the groups we were working with it was really important to build it up slowly. I think it was more successful because we did that and actually we managed to get every single person on Zoom. Every single person has been on Zoom at some point.”

I know we had John Tilley dropping off an iPad and internet dongle to Sarah’s house to make sure she could take part, what other challenges were there?

Kelly: “It was a challenge to get some of our company members on Zoom for very different reasons. For example one of our Company Members lives with two very elderly parents, they had internet and all of those things but their issue was that they didn’t think Zoom was safe and weren’t prepared to come on to Zoom in their own house. So we spoke to their sister who then set everything up at her house. She’s confident they have the right security and everything in place for them to Zoom. Then we have to time our sessions to make sure that we’re doing a session at a time when they can get to their sister’s house and get set up to then join the session. I mean that is a big deal, and that’s just one person.”

Heather: “Once we thought about the timetable a little bit more it made sense, since they were going quite well, to mix them up because it would be nice for everyone to see different faces.”

The make-up of those initial sessions must have changed a lot from what they were when they were in person?

Kelly: "When we started it was very much a sat down catch up; us coming up with different ideas of tasks, coming up with scavenger hunts. We had to make the tasks as simple a possible because they were having to deal with everything else as well, that’s not even talking about having to get Zoom in the ‘gallery mode’ so they can see everyone.”

And how are the sessions working now?

Kelly: “We’ve tried to make them as close as what we would do here; Tuesday is a session open to anyone and that is a dance session. It’s not a social session, it’s ‘you come, we do class’ and it’s very much trying to get them in to that mind set of ‘this is work, this is what we do, and this is what’s going to do us good’ and that’s the same as Thursday which is pretty much a fitness session. But we realised that actually the social side is really, really important so then we put on an extra session on a Friday which is literally just; come, hang out, fill us in.”

“Then we have a special guest at the end of each month, so at the end of June it was Steve [Byron] doing Drama, then we had Cath [Stevens, of the Cornshed Sisters] coming in to do singing at the end of August.” 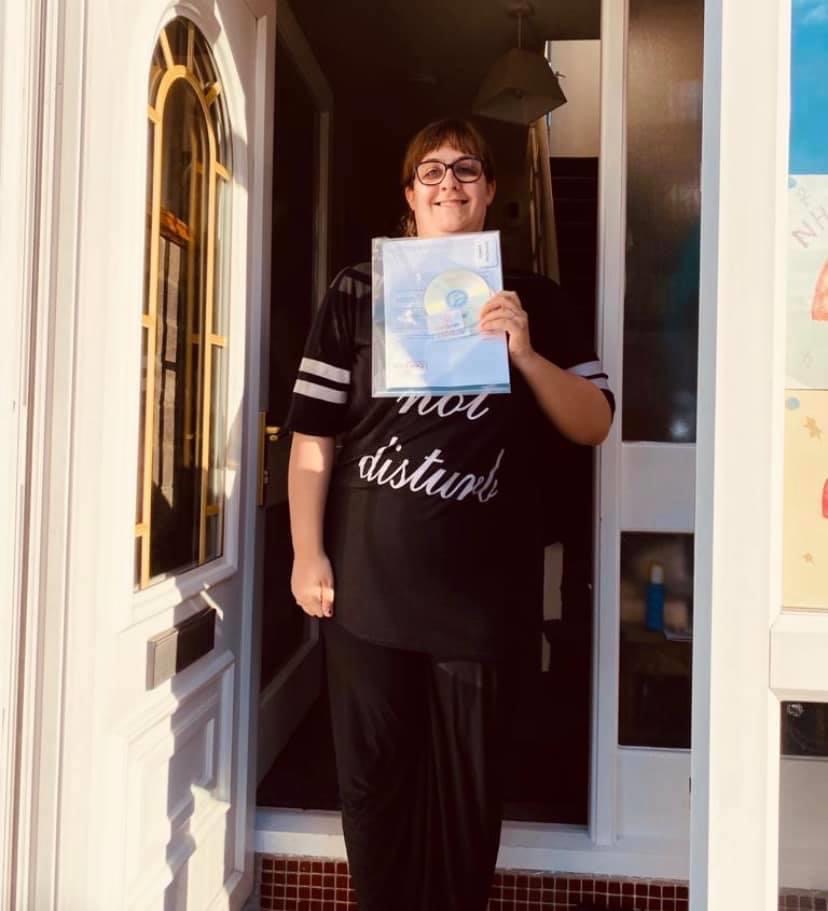 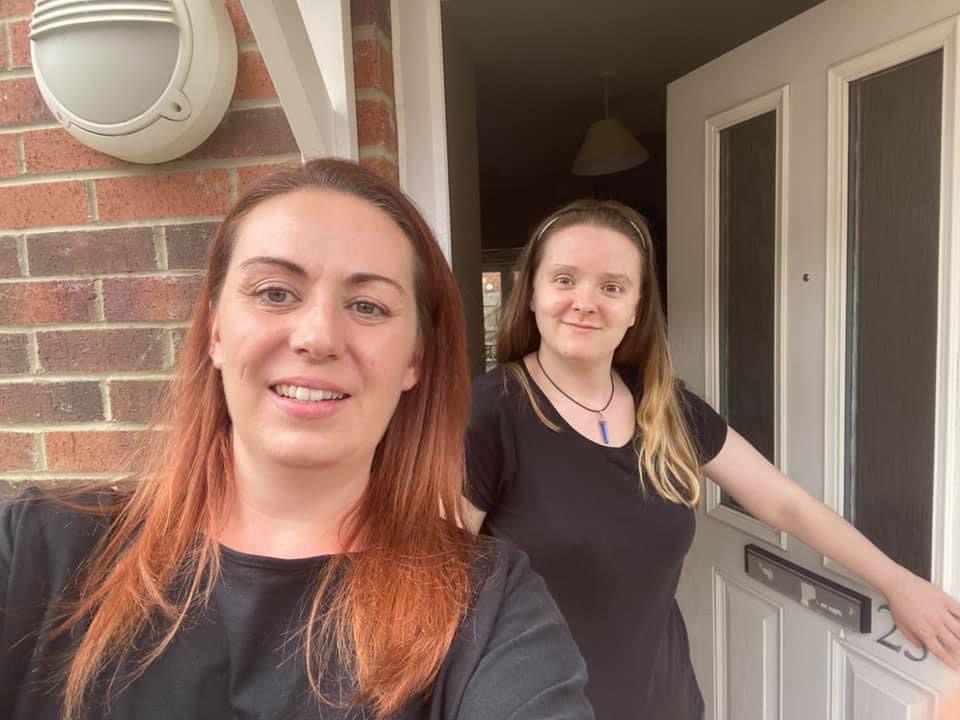 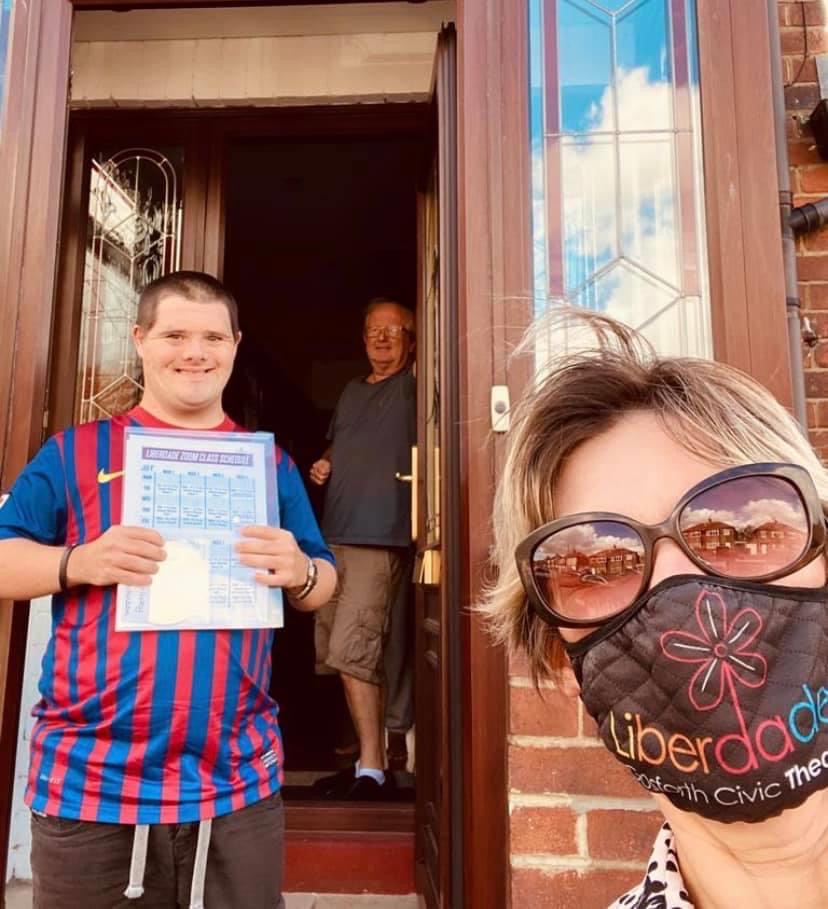 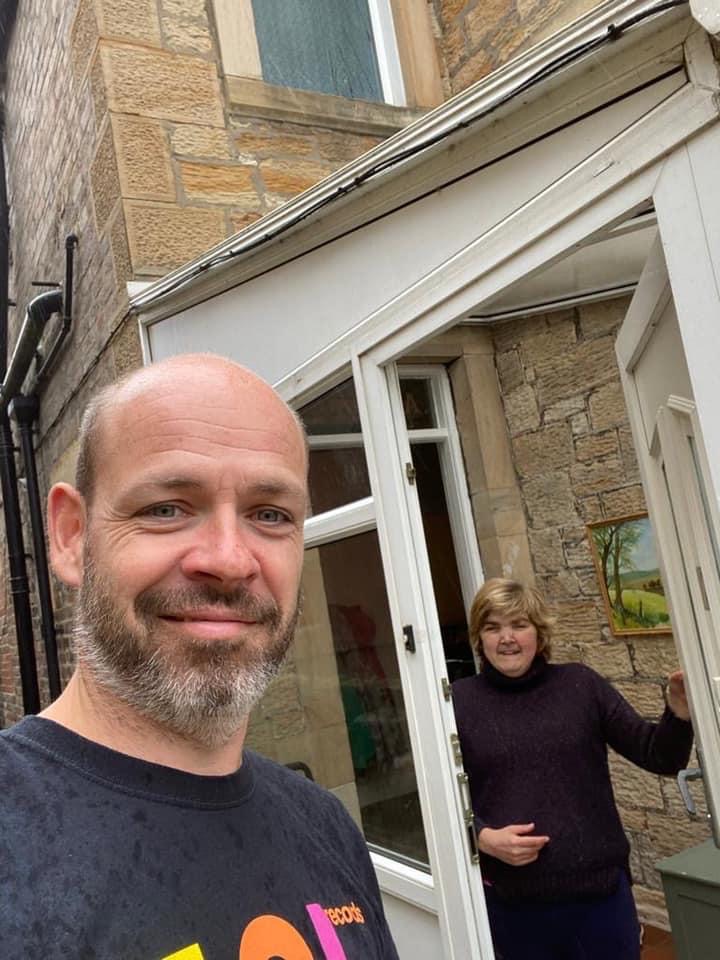 “It’s really funny and interesting watching them navigate and communicate with each other [over Zoom]. Because we struggle, especially when you have 14 people on a page and it takes me a while to find out who it is, but they seem to have conversations really easily! So it’s amazing to see how everyone’s adapted to this weird Zoom world.”

In addition to the Zoom sessions, both of you recorded some classes for a DVD that was sent out to people with their monthly schedule, what was the benefit of that?

Heather: “There are some people who are choosing not to come on Zoom now, so to have that DVD at home it’s their choice - they can do it if they want to, they don’t have to. But there will be some people who aren’t joining the Zoom but will be doing the class at home.”

Kelly: “With the people who we work with, sometimes they don’t get a choice; they might not be able to be at home at 10 o’clock every Tuesday morning or at 1 o’clock every Thursday because their parents or carers have other things going on, so it means they don’t miss out just because they can’t physically be on Zoom.”

We’re currently looking at a return date to Gosforth Civic Theatre of late September, do you see an element of remote delivery still staying in place as some of the groups return?

Kelly: “It’s really difficult. We are going to be using Zoom for the foreseeable future in one form or another. We will be running two sessions on Zoom for week on top of four days a week with people in the building."

“We’re currently trying to work on getting equipment that will make it easier on us to deliver it at the same time as we will be delivering face to face. The majority of our participants want to come back and are able to come back, but we do still have a handful that even if we do come back late-September they won’t be able to return for health reasons. So, we will endeavour to carry on using Zoom to make those sessions available, but we need to be able to do it in a way that they can participate in class the same as everybody else. Someone else will have to deal with people on the screens, so that me and Heather can concentrate on dealing with the people in the room, who we have great responsibility for.”

Funding has been so important for us to get to this point, and we’ve been lucky to receive some support from Esme Fairbairn, The Tudor Trust, and The National Lottery Community Fund that will go towards helping us adapt to this challenge, how important is it that we get equipment in to support our groups?

What have been the standout moments for you or the moments where it’s really come together?

Kelly: “The first dance session when we spent the week before ringing people and really going through where to put their device and going on FaceTime with them to go through what they need to do. Then that first session when you let everybody in out of the waiting room and everyone was in a space and you could see everybody, you just think ‘oh my God we’ve nailed it!’ It wasn’t perfect but for us it was a massive achievement that everybody was stood there ready to do class.”

Heather: “What I’ve found interesting is chatting to parents at the school gate when you get chatting about what you’re up to, what your job is, how you’re working around things, working from home etc. And telling them that I’m a dance teacher, teaching over Zoom, which a few people are doing, and then you tell them you teach people with learning disabilities and they ask ‘oh! How’s that?’ and I find myself saying ‘you know what, it’s really bloody challenging!’ and I was having to stop myself from saying ‘we’re bloody amazing!’”

Kelly: “This is what we do, this what we’ve done for our entire lives; we stand in front of people and teach dance and however much you didn’t want to go on Zoom in the morning by half 11 you’ve achieved something and made an impact. And it makes us feel like we have a purpose because for 6 months there's not a lot of other times it’s felt like we’ve had a purpose.”

To find out more about what Liberdade do visit liberdade.co.uk/

And you can support the work we do, here

How NARC is Adapting to Support the North East Culture Scene

Heather's Story: What a Difference a Year Makes